I have been told I have a pregnancy of unknown location or “PUL” – what does this mean? 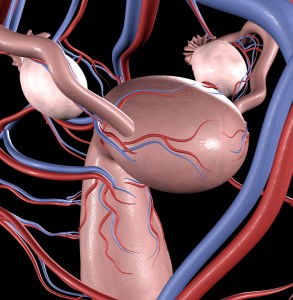 It is very important to understand that  ”pregnancy of unknown location” is a term used to describe a situation and is not a diagnosis. It is often shortened by doctors and nurses to the acronym “PUL” – so you may hear this term being used. So what does it mean? Basically it means that you have had a transvaginal ultrasound scan, and the clinician carrying out the scan has not been able to see a pregnancy either inside your uterus (womb) or anywhere else in your pelvis. Normally all this means is that you have come for an ultrasound scan too early and the pregnancy is too small to see. Sometimes sadly the reason a pregnancy cannot be seen is because it is failing. However the reason why the clinicians looking after you will keep a close watch on you is because in a small number of cases, the reason why the pregnancy has not been seen on the scan is because it is an ectopic pregnancy. An ectopic pregnancy is when a pregnancy is located outside the cavity of the uterus (where it should be) and has implanted elsewhere – which is usually in the tube (Fallopian tube). The problem is that the tube is not designed to hold a pregnancy and an ectopic pregnancy if it continues to develop may cause the tube to rupture and lead to serious bleeding. Each year a small number of women in the UK die because of this condition – so it has to be taken very seriously – even though a relatively small number pregnancies classified as PUL are in fact ectopic. So what do we do to try to see where the pregnancy is?

If you have a PUL the clinician looking after you will want to take a blood sample from you once they have discussed what they have found, and will then want to repeat the blood test 48 hours later. On the first sample they measure a hormone called human chorionic gonadotrophin (or HCG from now on) and another hormone called progesterone. If the progesterone is low (less than 10 nmol/l to be more precise) then it is highly likely that the pregnancy is failing – whether it is in the womb or is ectopic. Some clinics may use this alone to decide if a pregnancy is failing and if it is – recommend a follow up in a couple of weeks time unless you have a change in your symptoms. Most clinics will look at the initial hCG level as well. If this is quite high (say over 1000 iu/l) they may call you and ask you to come back on the same day to repeat the scan as we would expect to see a pregnancy in the womb once the hCG level has climbed over 1000. However in most cases they will ask you to come back for a further hCG in 48 hours. 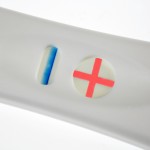 So what do we look for on the 48 hour hCG? If the hCG is dropping it is highly likely the pregnancy is failing and generally we ask people to come for a further blood test in a week to check the level is still dropping or if the initial serum hCG is low we may ask you to carry out a pregnancy test – which if negative means no further follow up at the hospital is needed. Should the serum hCG level increase significantly – by which we mean more than 66%- then it is highly likely to be an intrauterine pregnancy and once again we will probably ask you to come to see us in a week  - when we will probably carry out a scan and hopefully see a pregnancy in the right place (in the womb). When the serum hCG plateau’s or rises slowly it can be harder to interpret and it is in this group that most ectopic pregnancies are found. So if your second hCG levels comes back showing this picture, the doctors or nurses will review you in clinic, may repeat your scan and will want to keep a careful watch on your serum hCG levels and repeat your scan until it is clear whether the pregnancy is in the tube or not.

To put things in context –  between 10 and 30% of women coming to early pregnancy units are classified as a PUL. Of these about 10% have an ectopic pregnancy. If you are diagnosed with an ectopic pregnancy it may fail without needing any treatment. Others may be treated with an injection of a drug called methotrexate and sometimes surgery is needed. The treatment of ectopic pregnancy will be dealt with in more detail in other entries on this site.

When you are told you have a PUL it is important to remember that in most cases the outcome is an on going pregnancy, whilst unfortunately some will turn out to be a failed pregnancy, relatively few are ectopic pregnancies. However until the outcome is known you must be very aware of any change in your symptoms (pain, shoulder tip pain, feeling faint, diarrhoea) and if you feel any deterioration in your condition you must come back to see them at the hospital. If it is out of hours this may mean being reviewed in the accident unit. You must respect the fact that although you are being “managed” as an outpatient – until we know otherwise an ectopic pregnancy has not been excluded.

Some original papers relating to this topic can be seen here:

Professor Tom Bourne is Adjunct Professor at Imperial College London, and Consultant Gynaecologist at Queen Charlotte's and Chelsea Hospital. He is also visiting Professor at KU Leuven, Belgium. He has extensive clinical and research experience in early pregnancy care as well as gynaecological ultrasound. He has published over 300 academic papers with an H-index of 63. He advises NICE, is trustee of the ectopic pregnancy trust, President of the UK association of early pregnancy units (AEPU) and on the board of ISUOG. He has a private practice at The Women's Ultrasound Centres at 86 Harley Street and Parkside Hospital in Wimbledon.
View all posts by Professor Tom Bourne →
This entry was posted in Diagnosis, Diagnosis and treatment, News. Bookmark the permalink.